The north coast of Penida provides some spectacular diving. Rich in coral life, dense with fish diversity and many little creatures to find. The South coast provides a world famous environment for regular sightings of Manta Rays.

But what is going on in between the north and south coasts?

The channel that runs between the islands of Ceningan and Penida, lays home to some of the most amazing and extreme dive sites that the area has to offer.

This narrow strip of water, pulls the ocean from Bali and Lombok, through a thin, deep channel. It is this situation that creatures some of the most breath taking dives, as well as, some of the fastest.

With all the factors involved with these dive sites, not many dive centres dive in the channel, but is it really that bad?

As long as you dive the area correctly and respectfully, these sites can offer up some of the best diving that Lembongan and Penida have to offer. 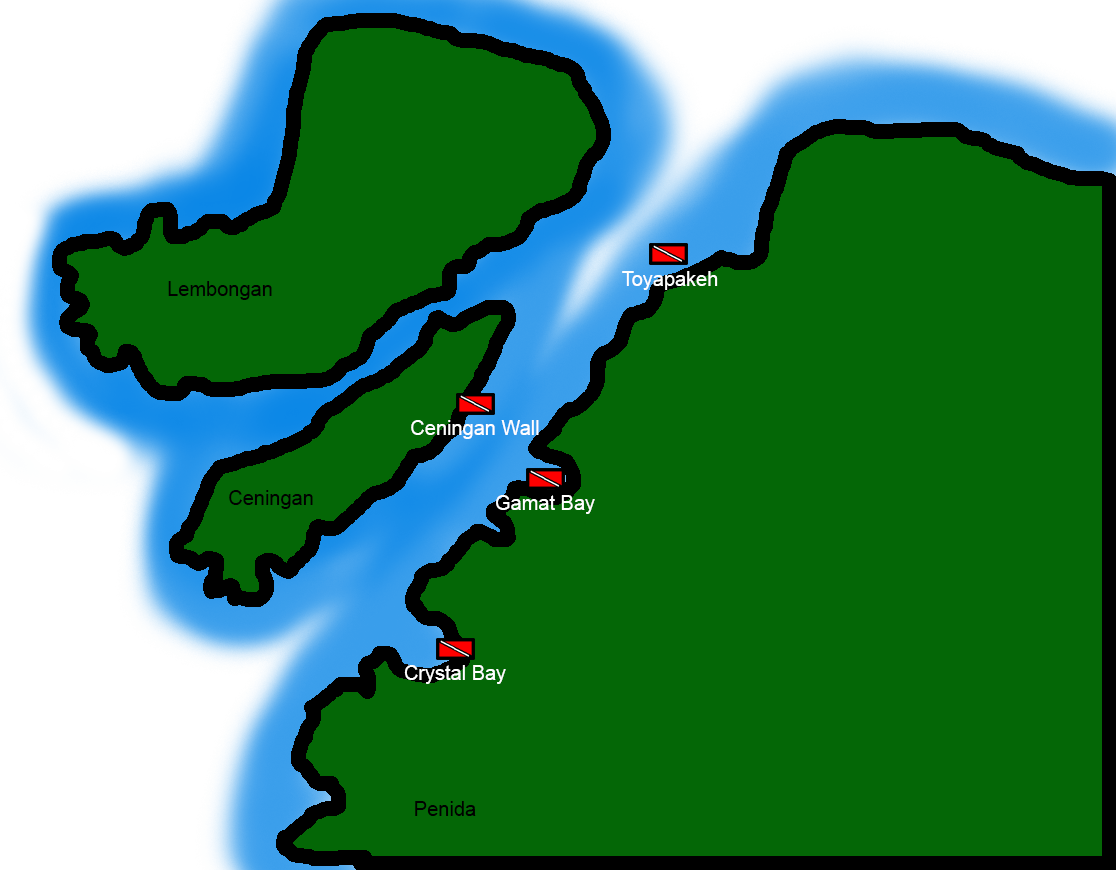 Reaching down beneath the water, from the rich cliff face of Ceningan Island, down to the bottom of the channel, this wall dive site, offers a large amount of life.

The site is best dived when the current is pushing away from the channel between Ceningan and Lembongan and when there are no waves in the main channel. The site is a wall dive that drops into blackness when you look below. This share underwater cliff face is painted with large amounts of coral life. The stand out coral here is the tube coral, sticking out off the wall, these green, pink and blue corals shine bright on the drifting wall.

With the current that runs along the wall, it is often that larger creatures are spotted on this dive. During Mola season, it is common to spot up to 3 Molas in a single dive as you drift along the wall. More commonly and all year around; giant trevallies, single barracudas and napoleon wrasse can be seen hunting in the blue.

A small bay area that opens up to the wonders of the channel, that offers a very easy snorkeling area, and some more extreme and exciting diving situations.

Inside the bay area, it is very protected and rarely effected by the current of the channel. The average depth of the bay is around 7 meters. This protected, shallow nature of the bay, means that it is a great spot for snorkelers and is often used by the local snorkeling companies. Again, the site is best snorkeled or dived when there are no waves in the channel. These waves often push into the 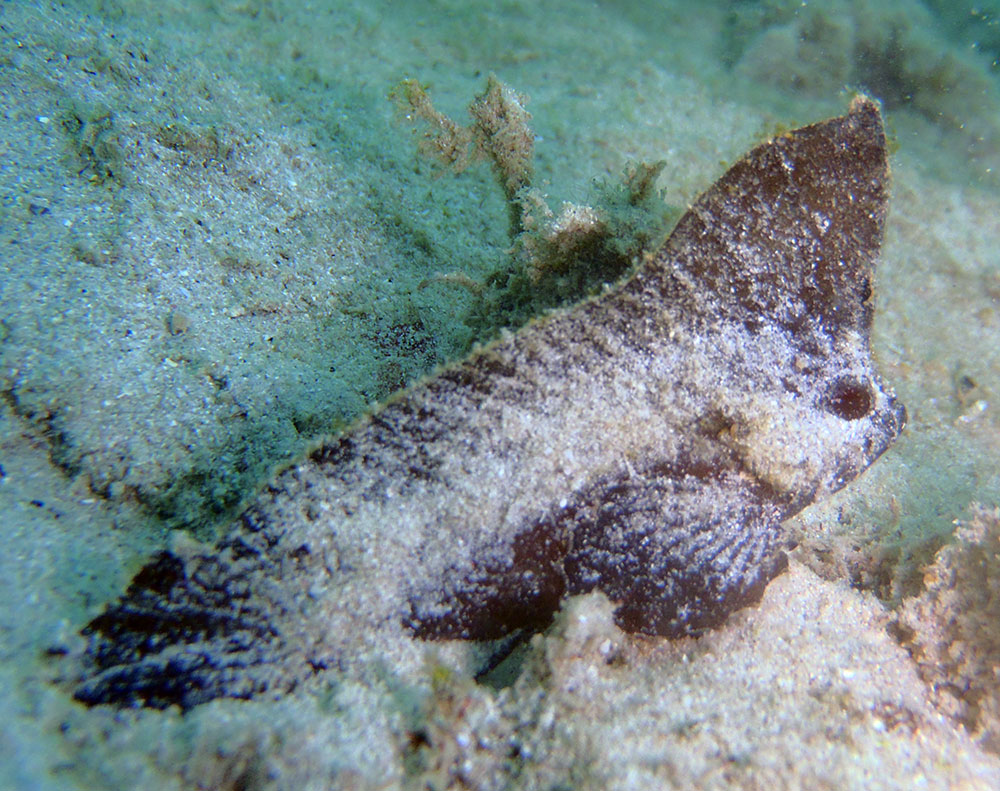 bay, making time on the surface not so easy.

At the edge of the bay, where it opens up to the channel, is where most of the diving action is. The 7 meter depth is quickly expanded as you enter the channel. Coral ridges make step-like structures, working their way into the depths of the channel. It is along these steps that the dive is spent exploring.

It is important to stay on the step area but still in front of the bay. If you drift past the bay area, it could be hard to get back into the bay and for the boat to see the divers.

Along each step, there are many interesting rock and coral formations that provide a great home to the rich coral life and a lot of small creatures. The common nudibraches, shrimps and crabs that are found on the north coast of Penida, are also present at this site. Some more interesting little creatures, like; scorpion leaf fish and frog fish are also somewhat common sightings.

It is the blue water and the currents that, once again, brings the highlight of this sight. Molas, during the season, can be spotted passing by the bay area. White tip reef sharks resting on the sand or cruising by in the blue, are also common. Schooling tuna, giant trevallies, single barracudas and napoleon wrasse can be seen in the deeper water.

The main reason these sites are not dived more regularly is the current. The narrow but deep channel means that a lot of water passes through at great speed. This water movement can create a lot of current on these sites. Due to this, there are only certain times that it is possible to dive these sites. Even then, the sites can be a little tricky to dive.

Mother nature is always in control and it is important, when diving these sites, to have respect for her. Even diving the sights at the right time, the conditions can change suddenly. Because of this, these sites are for experienced divers only.

The best time to dive these sites is on a rising tide, close to slack high tide. This part of the tide cycle is when there is the least amount of water movement and the best chance to have little current. A gentle drift is preferred at Ceningan Wall, to help push you along the reef and it is this current that increases the chance to see larger fish.

Two of the best dive sites in Lembongan that need to be dived with respect and by experienced divers. For more information about other dive sites around Lembongan, check here!

For more information about these sites and to book your dives: